My Ribera Connection
A page from my notebook 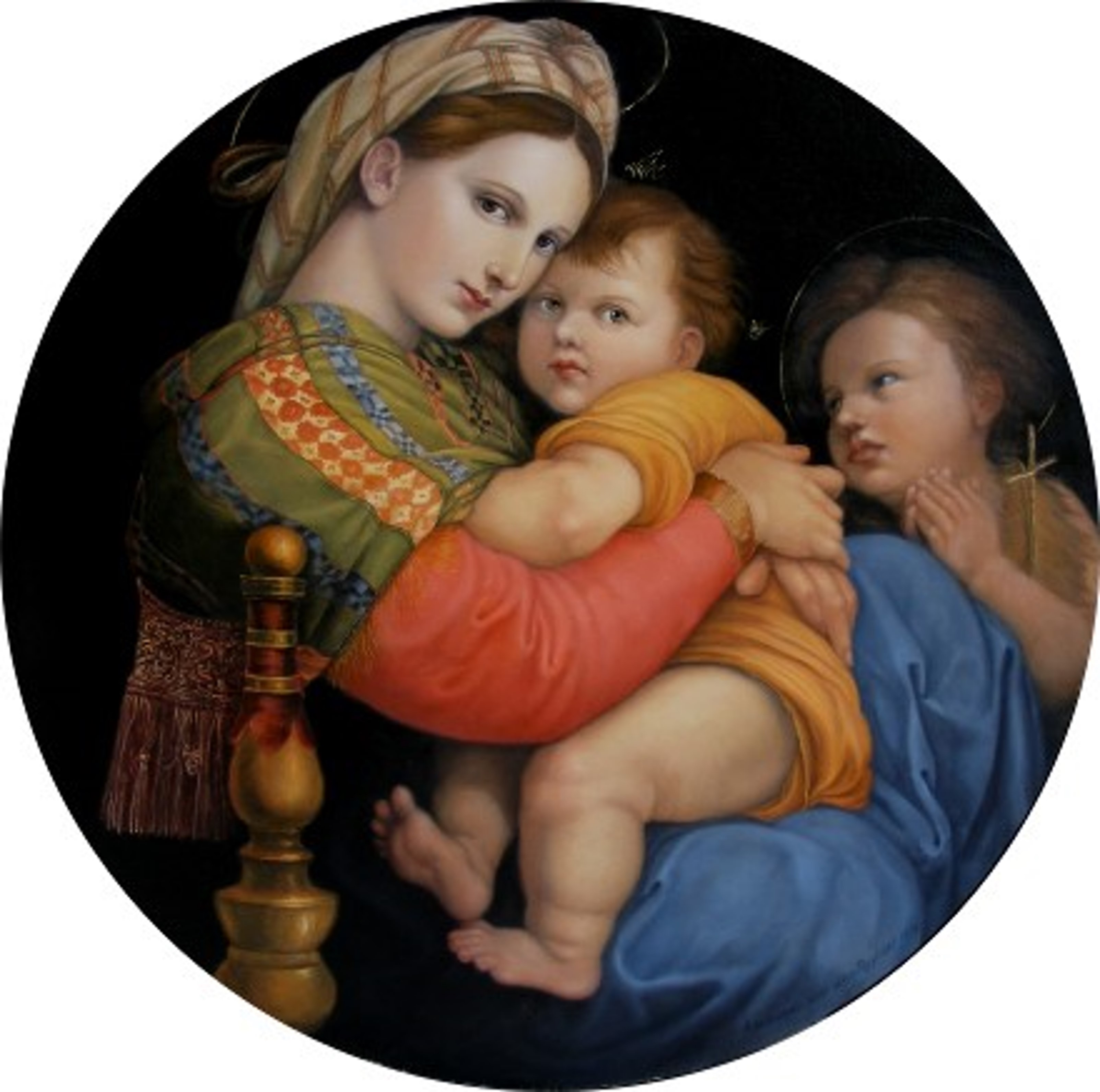 Once upon a time…I find the intersecting paths along life’s journey fascinating…The spark, which ignited my passion for art, had just begun to glow at the time that BJU acquired Ribera’s Ecce Homo in 1952. A few years later, I saw the Ribera for the first time during a grammar school field trip. It was often the focus of my childhood visits to the BJU Museum because Christ’s eyes would follow me no matter where I went…

Now in 2007, I am honored (and as awestruck as that grammar school kid)  that my painting of Raphael’s Madonna della Sedia is in an exhibit with Ribera’s Ecce Homo at the museum which most likely inspired my love for the Masters. The exhibition, “Artspeak Demystified” opened March 20th, 2007 at the BJU Museum and Gallery and continued through mid 2008.

The original painting of Giovanni Batista Riva’s Morte di Atala in 1859 was most likely inspired by the 1813 portrayal of The Burial of Atala by French artist Girodet. Girodet, himself, was inspired by the 1801 novel, Atala, or The Loves of Two Savages in the Desert by François-René de Chateaubriand. Set in 18th-century Louisiana, this American- Indian tragedy is the tale of a Christian half-Indian maiden, Atala, who frees the Indian brave Chactas from his enemies (her family) and finds refuge from a storm with him in the cave of the religious hermit, Father Aubry. Years before, Atala had had made a vow to her dying mother to consecrate herself to God. Now, believing that her growing love for Chactas will make her vow impossible to keep, Atala takes poison to end her life. It is the quiet sadness of Atala’ s lifeless form and Chactas’ sorrow that imbue Battista Riva’s painting in Bergamo with its tragic beauty.

$25,000 dollar reserve: 100% of the proceeds will benefit Miracle Hill Ministries.
The purchase of this painting does not create a tax deduction for the buyer unless the buyer donates the purchased painting to a tax-exempt organization or charity. Please check with a tax attorney

Click here to return to the top of this page